The Women’s Expedition Corps of the DAV: Franzi, Marie, Susi, Maria, Vroni and Esther. In the Expedition Corps, the best german upcoming talents get a chance to further develop their skills and prepare for the great mountaineering challenges. And now in August 2016 they are setting out for their great expedition into the Pamir. And the girls know how to move mountains! 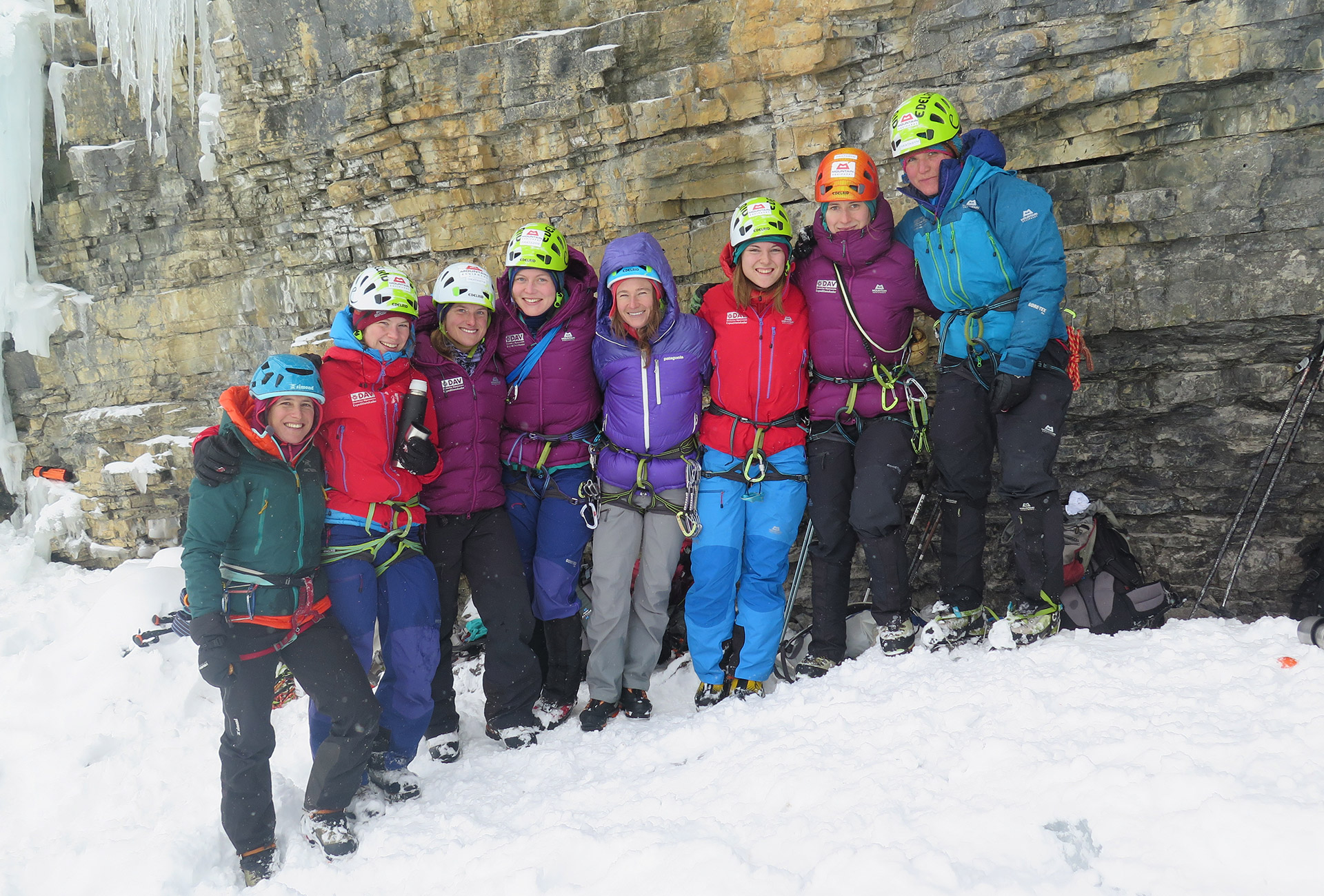 Over the course of two years, the team received intensive coaching by experienced mountaineering guides and top alpinists, being prepared for the great mountaineering challenges waiting in the mountains of this world. Attended by their coach Dörte Pietron. The end point and final destination of the Corps is the expedition into the Shadzud Valley. Entirely self-planned and organised. But still this isn’t enough! The girls don’t only want to enjoy the fantastic landscape in Tajikistan and scale the mountain. They are also bringing something for the kids there, direct and in person. And they’re bringing the thing that is understood for them: A nice warm jacket and a nice warm hat for the ears. Just Kenial.

The sponsors of the Expedition Corps are on board and supporting the Kenial project. Thank you, with our help 58 orphans won’t be freezing any longer.

Walk in the park. The children from ACCESS Nepal w

Thanks so much @berge_und_mia ! The first snow on

Peter Ortner is a passionate climber and sportsman

Each of the unique cuddly mountains is lovingly ha

Together with athletes, KENIAL supports Kids charity projects all over the world

SRI LANKA 2017: Elfride runs the association Zukunft-für-Kinder e.V. and is our contact person in Germany when it comes to aid projects for children in Sri Lanka.In 2004, when the tsunami in Sri Lanka destroyed everything in its path, Elfride decides to travel to where the disaster happened. Once there, she coordinats the first emergency measures on site. Thanks to Elfride's efforts, the UNESCO village got established here afterwards.Today there are 54 residential buildings, 1 kindergarten, 4 school buildings and 2 orphanages. In the UNESCO village, a total of 10 orphans and around 70 primary school children receive care and support.In 2017, three female athletes set off backpacking to Sri Lanka to find the perfect wave. But before they doing so, a short visit is planned in order to provide the children in the UNESCO Village with things that are urgently needed. In fact, what progress has been made from a single act of help is unbelievable. Together we can move mountains for children in need!#kenial #bergeversetzen #kinderinnot #kinderhilfsorganisation #movingmountains #explore #childreninneed #ngo #mountains #donations #help #athletes #worlwide #cuddlemountain #travel #education #helpforchildren #kenialcooperation #projects #discover #mountaineer #bergsteigen #orphan #ngochildfoundation #donate #expedition #schmuseberge #outdooradventures #SriLanka #UnescoVillage ... See MoreSee Less